A monk came forward and asked, “What is the True Man of no Status?”
The master descended from the meditation cushion, grabbed the monk and said: “Speak, speak!”

Commentary:
Then, a monk, not grasping Rinzai’s meaning, asked what the true-Self is. As a response to the monk’s question, the master descended from his seat, grabbed the monk and spurred him to speak. This is the scene that shows how compassionate the master was. Though he could answer the monk’s question from his seat without bothering himself to leave it, he descended from his seat for the purpose of delivering a more concrete answer. Master’s action ‘Speak, speak!’, seemingly sounding as if he were urging the monk to speak, in fact, is showing that he was taking pains to give the best answer that he could by leading him to see, hear and feel the true-Self directly at the same time. 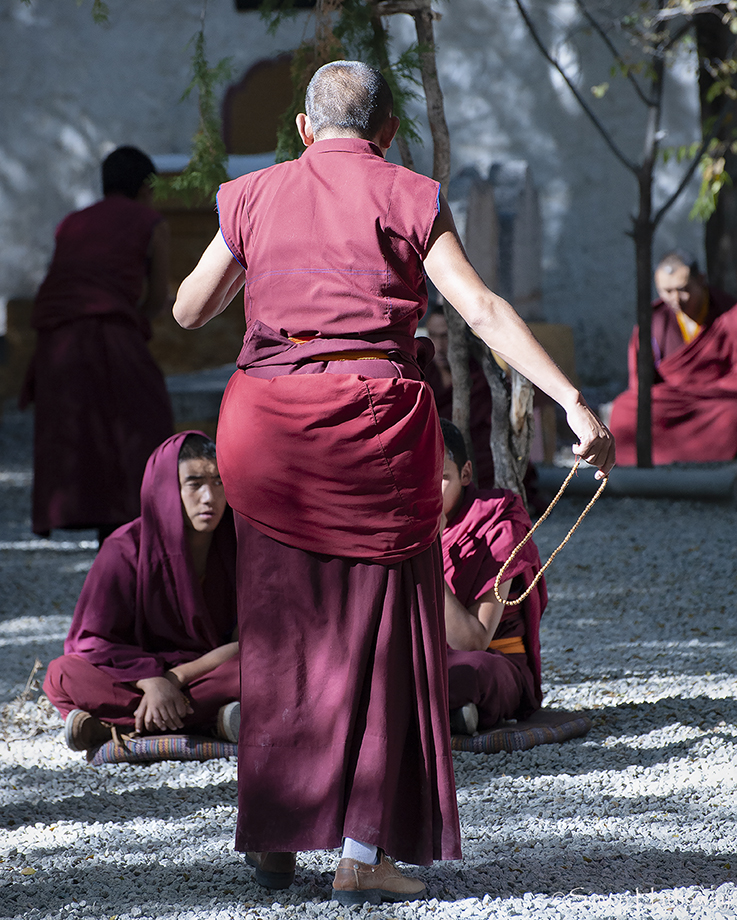 Student: “I still don’t understand Rinzai’s answer.”
Master: “You should know that Rinzai’s answer was completed at the moment he started to move to leave his meditation cushion.”