A. Buddhism has similar metaphors. Buddha said, “Those who want to see me through my voice and body won’t see me.” He also said, “Kill me when you meet me if you do want to see me.”

According to the Gospel of Thomas, Jesus once said, “When you see one who was not born of woman, prostrate yourselves on your faces and worship him. That one is your father.” Who is one who was not born of woman? He is not one who is doomed to birth and death. You should know him. ‘Christ died on the cross to save us from our sins’ means that he died on the cross in public in order to teach people that his physical body was not him and tell them not to be deluded by the illusion of his body. If you cling to the idea that the young crucified person is Jesus, you are being deluded by an illusion. In other words, you can see the true Jesus when you are free from the illusion of Jesus. 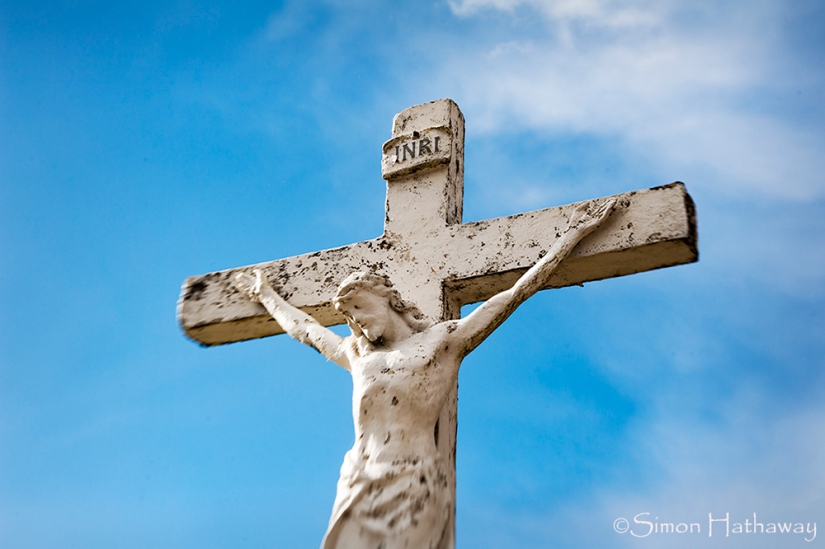 Student: “Why did Jesus die on the cross, saying that his father was almighty?”

Master: “Don’t insult him. He didn’t die but gave his teaching.”

A. Holding on to the meaning of the Sutras means keeping the words without perfect understanding, in other words keeping food undigested in the stomach. Letting go of it means to ignore and forget it. For better understanding, let’s take the following as an example.

Buddha had a student who was notorious for having killed many people and even tried to kill Buddha before becoming a monk. One day this monk happened to visit one of Buddha’s lay students, when his wife was having a hard time being in labour. The layman said to the monk, “Please relieve my wife of this terrible suffering with your power.” The monk responded, “I still don’t have such divine power. I will go and ask my master, Buddha for this favour for your wife.” Upon returning to Buddha, the monk explained the situation and asked him what he should do. Buddha answered, “You go back to the house, and tell her that you have never killed anyone.” The monk did as he was told to, and then, on hearing his words, she was relieved of her suffering.

This metaphor implies that everything is empty.

When Buddha said to his disciple, “Tell her that you have never killed anyone”, he meant that whatever bad and cruel things, or whatever good and beautiful things we may do, they are all empty, so the young monk’s murder was also empty. He likened her childbirth to the young monk’s murder. The woman in labour, on hearing what the monk said, realised the truth that the suffering she was going through was also empty, just as the murders the monk committed were empty.

We should understand what the Sutras say, in the same way that the woman in labour understood Buddha’s remark passed on by his student. The moment she heard Buddha’s message, she made it part of herself. If she had ignored, let go of the message or remembered it only as a meaningful saying, or held on to the meaning of it, she couldn’t have been relieved of her suffering.

Master: “What did Buddha tell his student to say to the woman in labour?”

Student: “He told him to say, ‘I’ve never killed anyone’.”

Master: “Why did Buddha tell him to say so?”

Student: “Because He wanted to teach her that everything is empty.”

Master: “You are still holding on to the meaning of Buddha’s teaching.”

Master: “He didn’t say anything, and his student didn’t go to her house.”

Master: “When you come into your kingdom after a successful rebellion, there is no one who can judge you.”

A. It is from the well-known saying in Zen, “If you want to see the Buddha, kill him if you should meet him.”
It means that you should break away the illusion of a thing when it comes to you if you are to see the essence of it. Most people have images of the Buddha although they have never seen him. It is indeed a very good example of an illusion. Illusions die hard because we are highly addicted to them, so masters employed strong language like that in order to put emphasis on eliminating illusions.

Likewise, if you are to see the essence of you, you should remove the image of you. The very typical image of you is your body, and I can tell you to kill yourself to convey my meaning that you should remove your established image of yourself, instead of telling you to ask yourself what you are when your body is not you. So “Kill the Buddha” mentioned above, means to perfectly remove the illusion of a thing in order to see the essence of it.