A. It is both at the same time. Is this moment the end of your past life or the start of your future? Whether it is the starting line or the finishing line depends on your view. There is no beginning without end and no end without beginning, which is like left and right in that there is no left without right and no right without left. In fact, beginning and end, and right and left are all imaginary labels produced by you, and they can be changed anytime according to your perspective.

Ask yourself what death is instead of whether it is the end or a new start. Ask yourself whether you are alive or dead. If you are alive now, were you alive or dead 500 years ago before your birth? If you had been dead then, it would mean that something dead became a living thing like you. If you had been nothing then, it would mean that nothing became something. Does it make sense? Furthermore, no one can deny the truth that we are part of the universe. And the universe is neither alive nor dead. It means that we are not dead and not alive as well.

Student: “Is death the end of life or a new start?”

Master: “Are you right or left?”

A. She is not wrong, but in order not to have greed we should know why we have greed. The reason that we have greed is that we can’t see things as they are. For example, when we mistake a piece of broken glass for a piece of diamond, we come to have greed and strive to attain it. When we fail to attain it, we feel disappointed and even frustrated. Even when we succeed in attaining it, we often hurt our hands in the middle of grasping it. After getting it, we are disappointed to find that it is not diamond but glass, or we keep hurting our hands while playing with it.

A You are showing a good example of being deluded by illusions. You say that you are overwhelmed by the fear of doom. What is doom? The key problem here is that you don’t know what doom is even while suffering from the fear of it. You are being harassed by something imaginary drawn by you. Being pleased or troubled with imaginary figures, like this, is said to be being deluded by illusions, which can be compared to a dream. You are dreaming of being chased by the fear of doom. In fact, not only you but also all of us are dreaming in that we are being deluded by illusions. The reason why others don’t have such feelings of fear as yours is that each of us is dreaming a different dream. The best way to overcome the fear is to wake up from your dream, that is, to realise what you fear is.

You seem likely to become a good Zen student because curiosity about the doom of death and illness was the starting point of Buddhism. Buddha, when young, had such strong curiosity concerning the doom of birth, ageing, illness and death that he gave up even his succession to the throne. His strong curiosity led him to enlightenment, which is to know clearly what the essence of these is. After enlightenment, he said that our life is like a dream and that we should wake up from the dream in order to attain eternal happiness.

A. As soon as we are born, we are all doomed to an incurable illness, ageing, which leads to death, that no one can avoid. While we have many kinds of painkillers for the illness, there is no medicine to cure it. Whenever we feel the pain of hunger, we take a painkiller, food.

However, over the course of time, the illness worsens to the extent that no painkiller can help us, and leads us to death in the end. Therefore, we sentient beings are compared to a patient. The purpose of Zen is to help people to be cured of the fatal illness, ageing. So, ancient masters would refer to enlightenment as the solution to the matter of birth and death.

A. The best way of Zen practice is not to practise only when and where nothing happens to you but to identify everything that you see and hear with your practice. In other words, you should not separate your work from your practice but identify the former with the latter. Then, 24-hours a day can be your practice time.

In fact, everything that makes you bothered and busy is no other than the true-self that you want to see. There is an interesting story about an ancient master. One day he was going through a busy and crowded marketplace, when he saw two people quarrelling, hurling abuse at each other. Upon hearing one of the names they were calling each other, the master attained enlightenment.

Why don’t you think that the reason why your life is so busy is that the true-self is striving to show itself to you and attract your attention?  Don’t try to escape from your current situation into a better one for the sake of practice, but try to accept it as a Dharma talk and try to see and hear it as it is. The deeper your practice becomes over time, the easier and more peaceful your life will become.

A. There is no one who has no problems at all in the world. For a joke, it is said that even Buddha and God have a lot of troubles all the time because people don’t follow them and do a lot of bad things against their teachings. If you were perfectly free from troubles, the monotony of life might be your serious trouble. 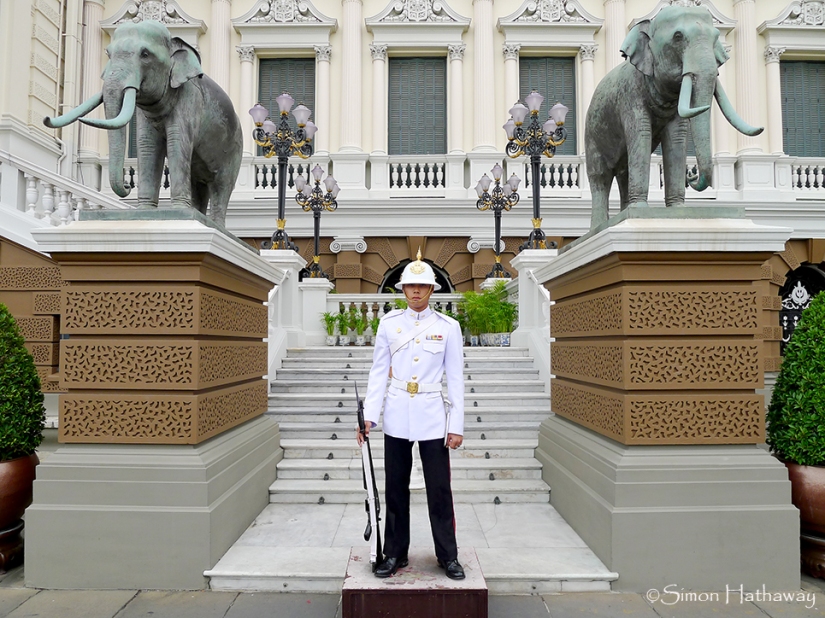 Student: “How can I get rid of enemies?”

Master: “Why don’t you make them your friends?”

A. When you give help to someone, you should not expect anything in return for it but rather forget it. If you do expect anything, then it is not help but business disguised as help. This may result in your harming yourself later.

If you remember the favour you bestowed on someone and expect something in return, you are more likely to feel disappointed, or even betrayed by his refusal when you ask him for help than you would be if you did not give him any help. You are also likely to be less grateful when you are helped because you are apt to take his help for granted, rather than thank him for it, while thinking of it as repayment of the debt he owes you for your help. In the end, your help will cause you anger or unhappiness, or deprive you of happiness. It’s like your hurting yourself.

So, ancient masters always advised people to do without doing. When you realise that everything is empty and think that your help is also empty, you can be said to help without helping. As an expedient means to teach how to do without doing, they would say, “Don’t even let your right hand know what it did, not to mention your left hand.”

A. The physical problems that we experience due to aging, unexpected injuries from accidents and illnesses are, if not desirable, unavoidable challenges that all of us are subject to. The key point here is how to confront them. Our mind is to our body as a driver is to a car. In the same way that how long and how well a car runs depends upon the driver, our physical health counts on our mind.

Zen helps us to see everything as it is, so that we can avoid worsening situations by overreacting to them when faced with difficulties. For instance, there is a saying that the unreasonable fear of cancer is more dangerous than cancer itself. This is because the fear of cancer, if not surmounted, can harm patients more than cancer itself can. This is true when people can’t see things as they are. Zen meditation, by enabling us to see things as they are, helps us to know how to fear what ought to be feared and how not to fear what ought not to be feared. For that reason, I think Zen can help us to deal with our physical problems. 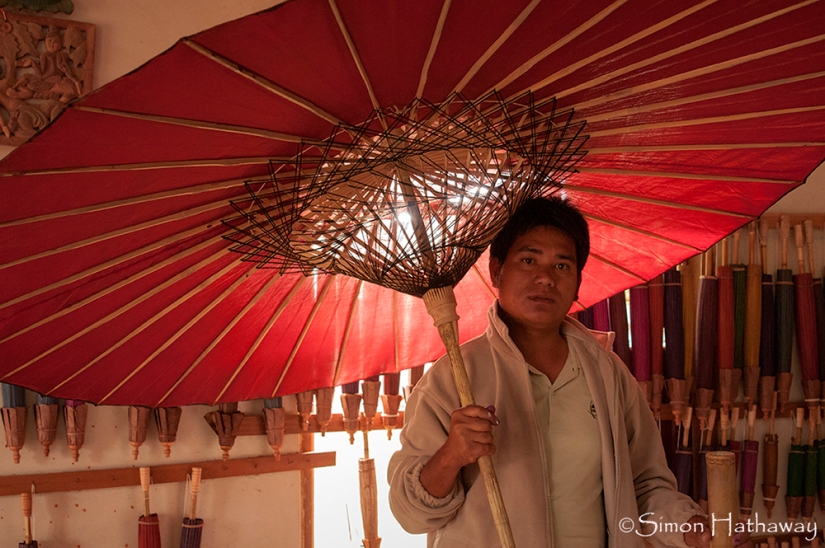 To conclude, suffering is from our discrimination that comes from ignorance of the emptiness of everything. To realise the truth that suffering is empty is to escape from suffering.

Student: “How can I remove my suffering?”

Master: “Don’t be deceived by yourself.”

A. Holding on to the meaning of the Sutras means keeping the words without perfect understanding, in other words keeping food undigested in the stomach. Letting go of it means to ignore and forget it. For better understanding, let’s take the following as an example.

Buddha had a student who was notorious for having killed many people and even tried to kill Buddha before becoming a monk. One day this monk happened to visit one of Buddha’s lay students, when his wife was having a hard time being in labour. The layman said to the monk, “Please relieve my wife of this terrible suffering with your power.” The monk responded, “I still don’t have such divine power. I will go and ask my master, Buddha for this favour for your wife.” Upon returning to Buddha, the monk explained the situation and asked him what he should do. Buddha answered, “You go back to the house, and tell her that you have never killed anyone.” The monk did as he was told to, and then, on hearing his words, she was relieved of her suffering.

This metaphor implies that everything is empty.

When Buddha said to his disciple, “Tell her that you have never killed anyone”, he meant that whatever bad and cruel things, or whatever good and beautiful things we may do, they are all empty, so the young monk’s murder was also empty. He likened her childbirth to the young monk’s murder. The woman in labour, on hearing what the monk said, realised the truth that the suffering she was going through was also empty, just as the murders the monk committed were empty.

We should understand what the Sutras say, in the same way that the woman in labour understood Buddha’s remark passed on by his student. The moment she heard Buddha’s message, she made it part of herself. If she had ignored, let go of the message or remembered it only as a meaningful saying, or held on to the meaning of it, she couldn’t have been relieved of her suffering.

Master: “What did Buddha tell his student to say to the woman in labour?”

Student: “He told him to say, ‘I’ve never killed anyone’.”

Master: “Why did Buddha tell him to say so?”

Student: “Because He wanted to teach her that everything is empty.”

Master: “You are still holding on to the meaning of Buddha’s teaching.”

Master: “He didn’t say anything, and his student didn’t go to her house.”