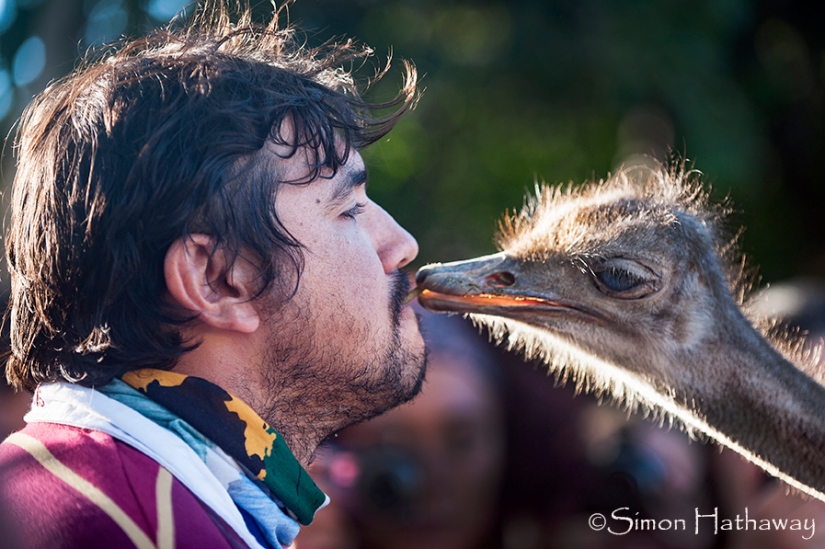 Student: “How can I avoid getting angry?”

Master: “Why do you try to avoid your true-self? Getting angry is none other than the action of your true-self that you are anxious to see.”

A. Don’t think of them as obstructions but as helpers. Your idea is like complaining that the wind is preventing you from finding air when you are diligently looking for air. The wind can be likened to your family members and air to your final goal. In fact, they are what you are looking for even though they look different from what you are seeking. They only look so because you can’t see them as they are.

Everything is the gate to enlightenment. If you can see only a single thing, whatever it is, as it is, you will reach the final goal. Your family members are also the gate to enlightenment even though they appear otherwise. Ask yourself what makes your body hear the noises and makes your body get angry. Ask yourself what they are when their bodies are not them and what causes their bodies to make such noises. Sooner or later, you might feel more grateful rather than angry with them. If you can find the correct answer to either of these two questions, you can be said to have attained enlightenment.

Student: “What is the true-self?”

Master: “There is nothing that is not it.”

Master: “Because you seek something else other than what you see and hear.”

The antidote for the poison of greed is the precepts, which aim to control greed. We should suppress greed artificially before getting enlightened. To obey the precepts in the strictest sense, however, is not to suppress greed artificially but to have no greed to control through realising that everything is an illusion. Only then can we be said to obey the precepts. For example, when we have the wisdom to see everything as it is, we don’t have any desire to run away from the piece of broken rope, or to chase after rotten food because we can see rope as rope and rotten food as rotten food.

In fact, the core of the three poisons is ignorance, and that of the three antidotes is the wisdom to see things as they are.
©Boo Ahm 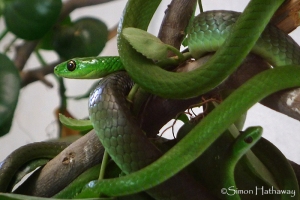 The second poison, greed, is the desire to get or avoid such illusions. When we are confused into seeing illusions as being real, we want to run away from illusions like a piece of broken rope that look awful or ugly, or strive to obtain illusions like rotten food that look attractive. Such desire is called greed.

Finally, when we struggle to obtain or avoid illusions that we mistake for being real, things usually don’t go as we desire. Repeated failures to achieve our goals, whether to avoid or obtain such illusions, cause us to lose our temper. Even if we sometimes succeed in achieving such illusions, we are disappointed or upset to see that they are not what we desired and don’t give us as much happiness as we expected. Such emotion, the third poison, is called anger.
©Boo Ahm 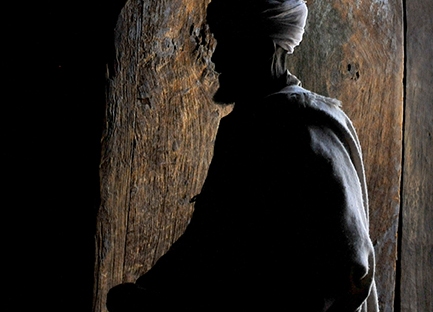 A. There are times like that. I am sure that you are not wide awake to your question during the experience. Some people say that they see beautiful angels or even the Buddha and Jesus Christ, some say they see their late parents or grandparents, some say that they see their previous lives, and others say they see ghosts or monsters as if having a nightmare. Do remember that everything you experience during your practice is nothing but an illusion whether fantastic or terrible. When you experience something beautiful you have never experienced in your life before, you are apt to feel attracted by it. They are only the actions of your emotions hidden in your sub-consciousness. If you feel attached to great figures like the Buddha or Jesus and scared of the terrible figures, you are fooled by illusions. Leave them alone and focus on your question, and they will disappear by themselves.

Don’t rule out anything from everything.

Trace back your agony to its root, and you will experience the truth that everything including you is an illusion.

A. This is a good question. Many people have a similar question, I think. Now I will ask you back, “What makes you angry?” “I can’t control my anger when people speak ill of me for what I have never done. “I think your words make sense. The reason you mention can be a part of the cause that makes you angry. All people, like you, have their own reasons why they are angry when angry. They tend to try to evade the responsibility for being angry by justifying their anger. However, I will ask you one more question. “Are you angry when you don’t know the fact at all that others spoke ill of you?” I think you aren’t because we can’t be angry, or happy, with what we don’t know. How could you be angry with what you don’t know? In fact, no matter how much someone speaks ill of you, their act itself doesn’t lead you to lose your temper, unless you know the fact.

It means that the fact that others speak ill of you unduly is not the direct cause that makes you angry. If the fact were the direct cause, it would make you angry regardless of whether you know the fact or not. Then what will be the main cause that makes you angry? It is you that are responsible for being angry. You are angry only when you perceive the fact and feel it is undue. You won’t be angry if you don’t think it is unwarranted even though you perceive the fact. In a word, everything is up you. Whatever others may say about you, their words can make you neither angry, nor happy, if you don’t accept them as bad or good. You are angry when you accept them as names or abuse, and happy when you accept them as praises.
I remember Buddha’s answer to a question one of his disciples asked. One day one of his disciples said to Buddha, “I am very sorry and angry these days because a person never sees me without calling me names for no reason. What shall I do?” Buddha asked, “Whom does the gift belong to if you don’t accept it when someone gives it to you?” The disciple answered, “Of course, it belongs to the giver.” Then Buddha said, “Then, who do the names he calls you belong to if you don’t accept them?” The disciple was very happy to understand what Buddha said. Likewise, whatever others may say about you, their words can have no influence on you unless you accept them. After all it is not others but your discriminating mind that makes your angry. So the purpose of Zen practice is also said to remove our discriminating mind because seeing things as they are means seeing things without a discriminating mind.
When angry, never try to hold back or push down your anger. Admit that the main cause of your anger is within and not without, and trace your anger back to its root, or ask yourself what you are when your body is not you. Your body can’t be angry for itself. Ask yourself what makes your body angry and your anger will quieten down by itself. Killing two birds with one stone: practising Zen and removing anger.